The move to net zero

The offshore oil and gas industry could significantly reduce Greenhouse Gas (GHG) emissions by sourcing power for its UKCS platforms either from the shore or from offshore renewables. This is known as platform electrification. 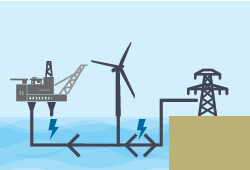 Note: on 23 September 2021 a platform electrification competition opened and winners were announced on 6 December – further details can be found here.

It calculated that electrification could abate UKCS oil and gas operational emissions by 2-3MtCO2 p.a. by 2030, which is the equivalent of reducing 20% of today’s production emissions, rising to 40% by 2030. 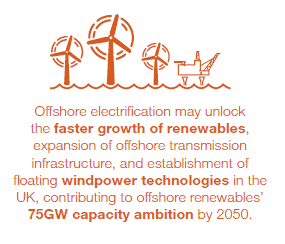 In addition, supplying energy to oil and gas platforms could represent a commercial opportunity for renewable power developers today, and co-investing in transmission infrastructure and leveraging O&G deep-water technologies could support growth.

To achieve a 2-3MtCO2 p.a. reduction in oil and gas operational emissions by 2030, the industry should deliver at least two operational electrification projects by the mid-2020s, with the most significant opportunities being: 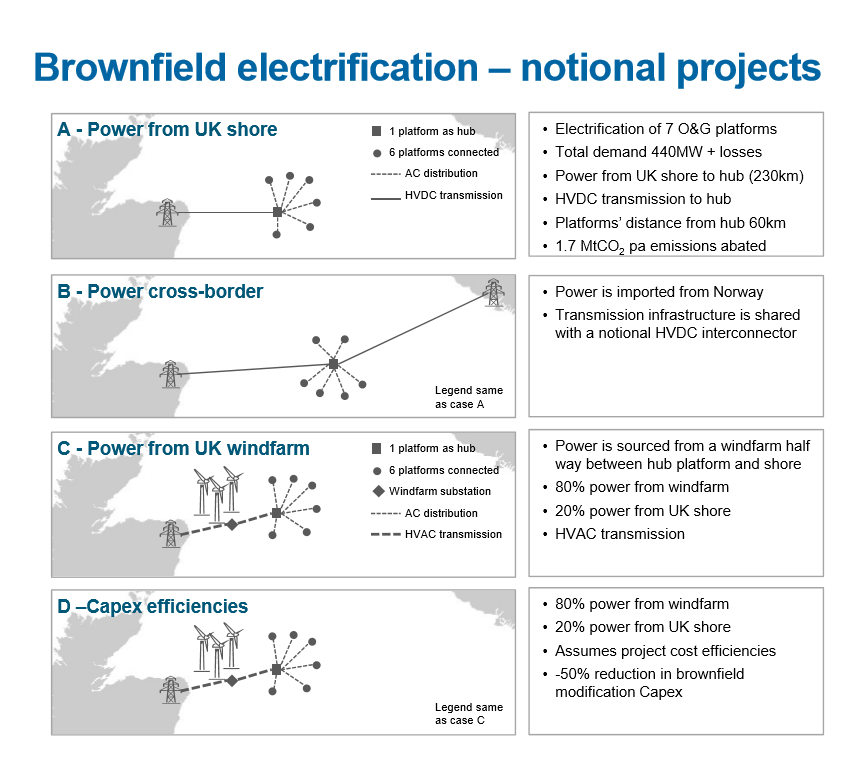 To support the drive towards platform electrification , the NSTA hosted a series of workshops on offshore power generation integration intended to bring the oil and gas industry and windfarm power industry together to seek practical ways of cutting greenhouse gas emissions.

The first, which was was held on 20 August, saw real engagement from Operators and an eagerness from parties to see tangible activity. The second workshop involved Operators and potential lenders and investors and once again saw equally impressive engagement.

Further details can be viewed here.