The Board of the Oil and Gas Authority (OGA) announces its appointment of two non-executive Directors - Sara Vaughan and Malcolm Brown - and the Secretary of State’s appointment of Helena Charlton as Shareholder Director.

Sara and Malcolm will join the Board on 1st October 2021, succeeding Mary Hardy and Frances Morris-Jones, who are due to step down on 30th September 2021. Helena Charlton joined the Board on 11th August 2021, taking over from Emily Bourne.

Currently a non-executive Director of Elexon Limited, which runs the UK electricity industry settlement system, Sara brings 30 years’ experience in the regulated energy sector and a background as a competition lawyer. She was at E.ON until January 2021, where she was Executive Director for Strategy and Regulation and, latterly, for Political and Regulatory Affairs. 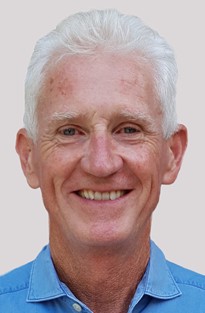 A former Senior Executive at BG Group, Malcolm is currently a Crown Representative at the Cabinet Office in the Strategic Partnering Programme. He brings 40 years’ experience in oil and gas markets, culminating in his role as Executive Vice President, Exploration, BG, until 2016. He was an advisor to Westwood Energy until August 2021.

Currently Deputy Director for Oil and Gas Exploration and Production at the Department of Business, Energy and Industrial Strategy, Helena has ten years of experience developing and delivering energy policy, covering topics ranging from renewable heat to nuclear resilience. Her 20 year career as a civil servant includes time spent in policy and corporate branches of Cabinet Office, communications at 10 Downing Street, and two years working on commercial policy for the New South Wales state government in Australia.

Commenting on the appointments, the OGA's Chairman Tim Eggar said: “I am delighted to welcome Sara, Malcolm and Helena to the Board. They bring outstanding experience and will further enhance the balance of skills that we need to continue to regulate and work with the UK’s oil and gas industry at this crucial time in its history.

During a tumultuous period of volatile oil prices and the COVID pandemic, the industry has risen to the challenge of playing a vital role in the energy transition but there is much more to do. The OGA is committed to doing everything we can to assist the industry, the supply chain, the government and the wider community as we help to deliver the North Sea Transition Deal as part of the government’s commitment to net zero.

I would like to thank Frances and Mary for their service over the past six years. Frances’s insight and energy has served the Board well, particularly during her time as interim Chair and as Senior Independent Director. Mary, as Chair of the Audit and Risk Committee since 2015, has ensured robust scrutiny of OGA governance. I wish them both well in their future endeavours.”